At Sandler Training, we take pride in helping make good sales and service organizations great. We work with large and small companies, service (professional services to IT services) and commodity companies, and everything in the middle. We will sit with you and create a training plan designed specifically for your company. Training could include sales training, customer service training, management training, but usually is some combination of the three. Sandler Training also employs the use of digital learning systems to augment our in person training. 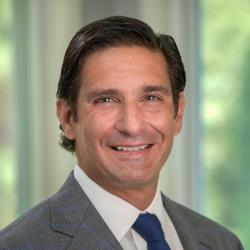 Matt is a capital district native.  He grew up in Waterford and now resides in Latham, NY and has for the last 26 years with his wife Kathleen and three children.  Matt attended HVCC and received an AAS in Chemical Technonogy and a Pre-Engineering AS before attending Albany College of Pharmacy where he received his BS in Pharmacy in 1990.

As a result of being the president of Latham Circle Soccer Club, Matt was one of the founders and VP of Sales for SportsSignup, a SAS company based in Saratoga Springs that designed software for youth sports organization.  In 2015 SportsSignup was acquired by Time, Inc.where the company is now known as Sports Illustrated Play.